Dance With Pythons, or How to Hunt an Invasive Snake

From FGCU360 Magazine By Kathy Becker

Robbie Roepstorff is the quintessentially well-dressed professional when serving as vice chair of the FGCU Board of Trustees and as president of Edison National Bank, which she co-founded with her husband, Geoff, in 1997. Her surprising after-hours passion snuck up on her.

Geoff Roepstorff and two high school friends were unsuccessful in Florida Fish and Wildlife Commission’s 2016 Python Challenge, an opportunity for nonprofessional hunters to help rid the state of the invasive, mammal-killing snake. He wanted to try again before the end of the challenge, but his friends couldn’t join him. “I’ll go with you,” she recalls telling him. “At least I can call 9-1-1.”

On Valentine’s Day 2016, the last day of the hunt, the couple bagged their first snake. Actually, it was a regular pillow case they used to carry the 50-pound, 12-foot snake. And it wasn’t easy. They had walked about 6 miles from the car. Geoff heard rustling and headed down a levy with his gun when he saw 3 feet of the snake “periscoping” (think: Loch Ness Monster) out of the water.
“The gun wouldn’t shoot!” Robbie Roepstorff says. “I couldn’t see the snake, but I pictured it coming right at him. He didn’t have the safety off. I’m running down there, and BAM, he got him right in the head on the first shot.”

“It was the biggest rush you could ever expect,” she says. “You go because you enjoy it, and you know you are doing something good. The pythons are killing all of our wildlife.”
The python problem is believed to have started with pet snakes released into the wild. With few natural predators, the nonnative Burmese pythons have decimated the Everglades mammal and bird population. The snakes can grow to 23 feet long and weigh 200 pounds.

It’s passion for the hunt and the environment that has the Roepstorffs taking legislators hunting to increase awareness and make sure the python eradication programs continue to receive funding.
Because the invasive snakes are a problem for native wildlife, anyone can be a python hunter. With a few restrictions, they can be hunted all year long without a license in Wildlife Management Areas, hunting areas, wildlife and environmental areas and private property.

TIPS ON HOW TO BAG YOUR OWN PYTHON
Robbie Roepstorff offers pointers that will increase your odds of success.
BEST TIMES TO FIND PYTHONS: In the winter during cold days because pythons like to bask in the sun. They are mostly aquatic and active at night in the summer. “They are temperature controlled, so you need to understand their eating and travel habits,” she says. “You’ll rarely catch one in the rain.”
HOW TO SPOT THEM: Don’t look for the whole python. Look for something shiny, or unusual. Also, listen for rustling that sounds like something big.
WHAT TO WEAR: A bug jacket. Mosquitoes and horseflies bite as much as snakes do. Although not poisonous, pythons have several rows of teeth and will strike. “Feels like a case cutter,” Geoff Roepstorff says. “Those teeth will stay in you.”
BEST METHOD: The Roepstorffs catch pythons with their hands, grabbing them by the tail then dragging them into an open area to wear them out. Geoff Roepstorff says you need to jump out of the way when they try to strike you, which he calls “dancing with pythons.” After about 10 minutes they are tired enough to grab them behind the head.
HOW TO EUTHANIZE THEM HUMANELY: A bullet right in the center of their head kills them immediately. 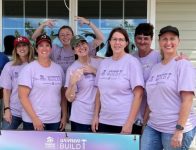 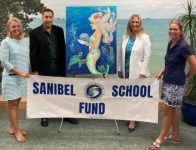